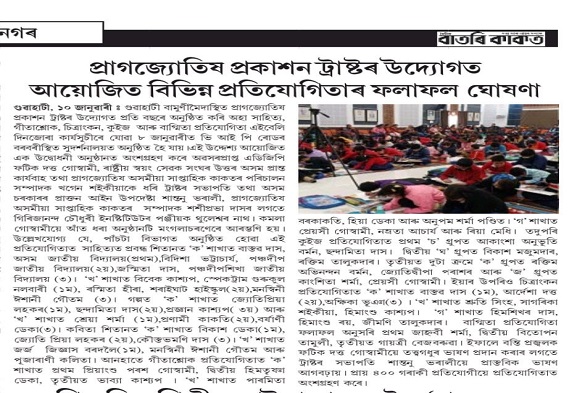 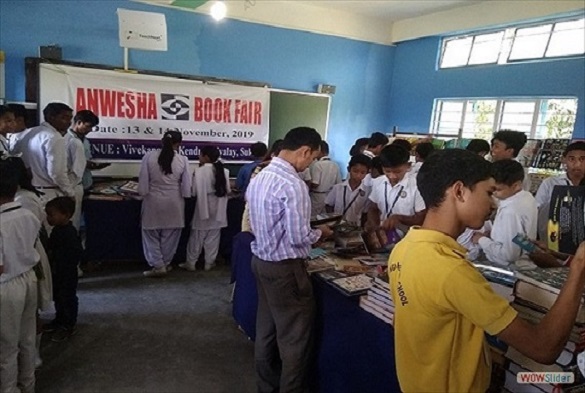 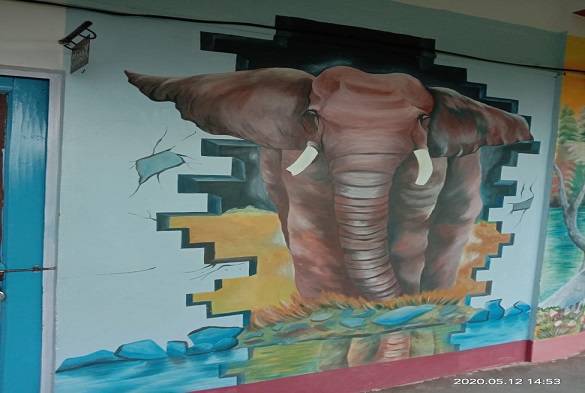 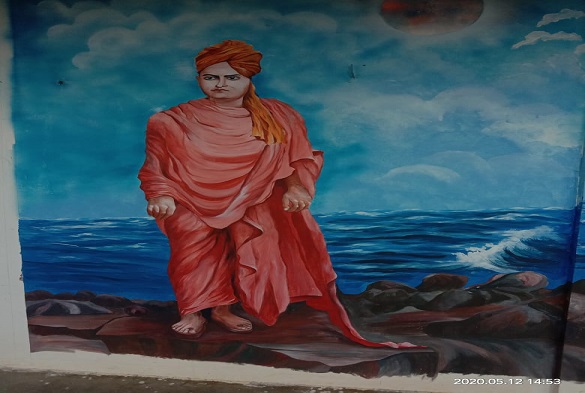 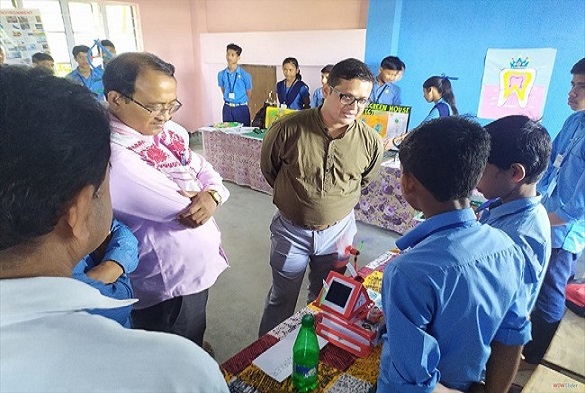 
Education is the path to a fruitful existence

Vivekananda Kendra Vidyalaya Suklai organised the first C. V. Raman Vigyan Pradarshani on 12th November, 2019. The programme was inaugurated by the chief guest Dr. Sukanta Deb (Dept. of Physics, Cotton University, Guwahati) by lighting of the lamp. The Chief Guest visited the Science Exhibition and interacted with the participating students.

A ‘Book Fair’ was organised in the school for the first time on 13th November, 2019 in the school premises to encourage reading habits among children. All the students and a large number of parents turned upto see it. Sri Rabiram Brahma (Principal of Naokata Milan Higher Secondary School) inaugurated the programme formally and addressed the audience.

On 14th November on the occasion of ‘Children’s Day’ a ‘Food Fair’ organised in the school where some students from classes V onwards prepared food with the help of their parents and presented the food items in the food fair. The programme was inaugurated formally by the chief guest Miss Anindita Brahma, Circle Officer and Executive Magistrate, Goreswar by lighting of the lamp. Also Sri Pramod Sharma (Headmaster, Naokata Girls Milan M.E. School) was the distinguished guest of the programme and he addressed the audience. All the student and parents attended the programme.

This special Friends day was observed on 6th December, 2018 at VKV, Suklai to give tribute to the grandfathers of class (V – IX) students. Every year, we observe Matri Puja in our vidyalaya to show respect to the mothers. This year in lieu of observing ‘Matri Puja’ we observed ‘Special Friends Day’ to show respect to the grandfathers as they have great role in our lives. In this programme the students worshipped their grandfathers by offering flowers, tilakam, sweets, and also did Aarti by diya and incense sticks. They chanted slokas as a respect to their grandfathers signifying their role in the family. Also some easy sports events were organised for them like running race, ball throwing and balloon bursting. On this occasion, the grandfathers also planted some saplings in the school playground.

A workshop on Mathematics was conducted in VKV, Suklai on 29th August, 2018. The name of the programme was 'Fun Maths and Mind Games' where the resource person Sri T.R. Jyotirlingam showed some easy ways to solve problems in Maths. It included students students from classes VII to X. Subject teachers also attended the programme.

The passed out students of class X (2017-18) were felicitated on 14th June in the school premises. Honourable M.P. Sri Biswajit Daimary Sir felicitated the students for their brilliant performance in AISSE. He also appreciated the teachers for their contribution. A total number of 300 parents and other eminent personalities of the nearby areas were also present on the occasion. Along with the principal some guests also addressed the gathering.

Personality development camp (PDC) for class VI students was organised in VKV, Suklai from 22nd May ’2018. The programme started by lighting of the lamp by Sri Upen Deka together with Mangalacharan. Sri Upen Deka, retired principal of Naokata Milan Girls High School was the guest on the first day. Sri Topeshwar Kalita, Principal of Kolbari-Magurmari High School took the Boudhik Satra on the topic ‘Leadership Quality’. On other days, Sri Pritam Basumatary, Sri Angshuman Kashyap, Sri Sanjay Kr. Verma (VKV, Kajalgaon) took session on topic like ‘Bharat Mata’, ‘Swami Vivekananda-Our Hero’. Also a samaj drama was played by children in the PDC. The children also did yoga abhyas, geet abhyas, bhajan and sloka abhyas, krida abhyas, etc. They sang the sibir geet ‘Nadia na piye kabhi..............’ before every session. The PDC ended on 26th May, 2018 with Ahuti Satra where group leaders also shared their experiences of the camp.

‘Utsarga Samaroh’ was organised in VKV, Suklai on 15th Feb, 2018 to mark the ‘farewell’ of Class-X students. All the students of Class-X with their parents were present. They offered flowers, lit the diya and prayed to Bharat Mata and OM by chanting slokas. They were also given their admit cards.

‘Annual Sports Meet’ started on 26th December, 2018. The ‘Chief Guest’ on the inauguration function was Sri Piklu Roy who is the Secretary of Assam Throwball Association; Joint Secretary Throwball Federation of India and Sports Organiser and Coach of Indian Throwball Team.
The programme started by lighting of the lamp with mangalacharan. The chief guest hosted the flag. The students presented march past and a band display was there by selected girls. The events started by ‘Mashal Race’.
The Sports Meet 2018 continued till 29th December, 2018. Prizes were distributed everyday after competitions and also on the last day.
On the concluding day, the school conducted a friendly match of volley ball between some parents and teachers.

Dear Parent's & Student's
You are hereby informed that our vidyalaya will remain closed from 3rd October, 2022 to 11th October, 2022 due to "Durga Puja & Lakshmi Puja Celebration".
&nbspSchool re-opens on 12th October, 2012.
Thanking You
Suman Dhar(H/M)