The land of Vivekananda Kendra Vidyalaya Suklai has been donated by the BTC government. It is the only CBSE affiliated Vidyalaya in the locality. Though the school is running in a temporary building at present, it is about to shift to its newly constructed building soon. 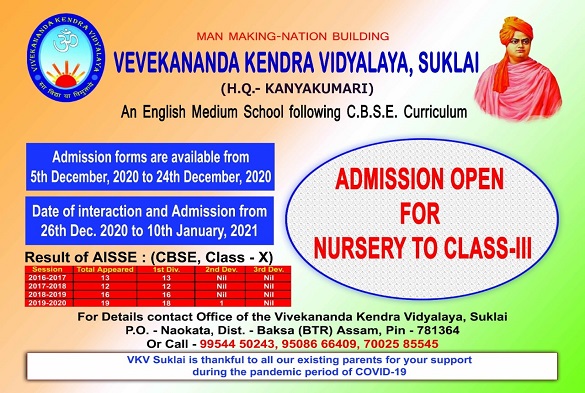